Warning: "continue" targeting switch is equivalent to "break". Did you mean to use "continue 2"? in C:\HostingSpaces\epdjbauy\wadokan-aikido.com\wwwroot\wp-includes\pomo\plural-forms.php on line 210
﻿ DŨNG "ZUNG" NGUYỄN - Wadokan Aikido Dojo 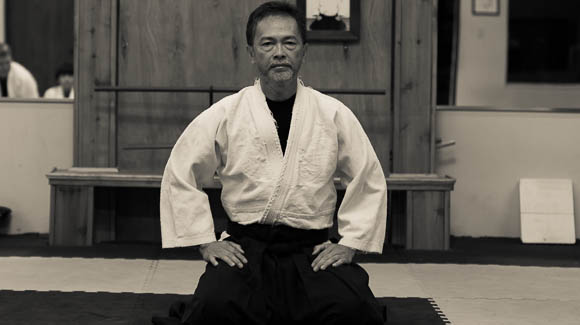 "Other arts are trying to promote your domination, one's domination. This one is to try to promote better understanding, better recognition, better ability to control." -- Terry Dobson

Dũng “Zung” Nguyễn started Aikido in 2000 under Michael Black Sensei of Aikido Association of America. He earned his Shodan (1st degree black belt) in 2007. He started to train with Galdamez Sensei in 2011. His Aikido training was interrupted for a few years due to two car accidents and two major knee surgeries. He was awarded the Nidan rank (2nd degree black belt) by Sato Sensei, head of Aikido World Alliance in 2013.

Zung has Ph.D in Mathematics and has taught Mathematics and Computer Science at various universities in California and Texas. Working during the day as a research programmer in high performance computing at Rice University, Zung practices Aikido in the evening, doing the best he can with his bad knees and bad back, proving that Aikido is for everybody, weak and strong!