Warning: "continue" targeting switch is equivalent to "break". Did you mean to use "continue 2"? in C:\HostingSpaces\epdjbauy\wadokan-aikido.com\wwwroot\wp-includes\pomo\plural-forms.php on line 210
﻿ SEBASTIAN RUOCCO - Wadokan Aikido Dojo 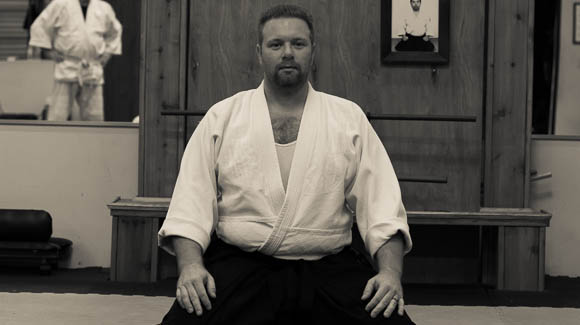 Sebastian first started training Aikido in 1995 at the age of 16.  At this time he lived in Argentina and trained under the direction of Ricardo Corbal Sensei (6th dan), whose school was under the technical supervision of Yoshimitsu Yamada (director of USAF in New York).  He had a knack for training children and was the head of the kids program at his school, as well as teaching the morning classes for the adults.

Sebastian has attended seminars in Argentina with Yamada Sensei, Donovan Waite Sensei, Claude Berthiaume Sensei and Sakanashi Sensei.  In 2000 he took a break from training in order to move to the United States and build a new life.  Then in 2009 he returned to Aikido, training with Michael Black Sensei in the Woodlands, TX.  He joined the Wadokan family in 2010 and began training with Galdamez Sensei, adding the energetic and solid flair of his Aikido to the dojo.  Sebastian has a diverse background, and it has led him to be an instructor with a diverse set of perspectives on the different techniques.  His aikido is very strong, and he is a perfect example of how to use your strength to your advantage.